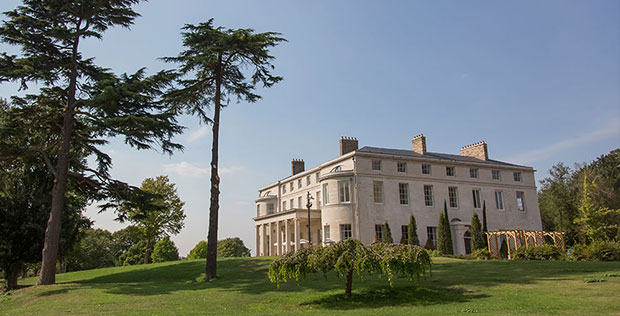 With £400 billion in housing wealth still to unlock from over 60s looking to downsize and 58% of this group actively looking to move, the retirement housing market is becoming one of the fastest growing specialist asset classes for investors. As evidence of the growth potential Audley Retirement, the leading luxury retirement village operator, today announces it has completed refinancing of its debt facilities to secure an additional £65m with AIG; while MAREF, the fund created to acquire Audley in December, has raised an extra £30m from existing investors on top of the £170m announced in December 2015. This means Audley has a war chest of £600m to invest in the next five years, from a combination of equity, development income and investment debt.

The new funding will be used to accelerate Audley’s ambitious five year growth plans and secure its path to listing on the stock exchange. It will be used to accelerate the existing development programme and the acquisition and development of new Audley retirement village sites, including satellite sites close to main villages. In March, Audley exchanged contracts on its first satellite site near Audley Binswood in Leamington Spa. This falls on the site of former residential care home Homewood, and Audley is now in the process of consultation to develop a planning permission application. It has a 100% track record in securing planning permission at previous sites, due in part to its proven business model and ability to work with communities to restore properties.

In 2015 Audley started development of two new villages; Audley Redwood near Bristol and Audley Ellerslie in Great Malvern. In May 2016 Audley officially opened Chalfont Dene retirement village in Chalfont St Peter, Bucks and is set to open St George’s Place, a new village in Edgbaston, Birmingham towards the end of 2016. Audley currently operates 9 retirement villages located around the UK with another 5 in development and this figure is set to grow by at least 2 new villages being developed annually. Audley’s staff numbers grew in 2015 to 407 employee’s year end.

Audley’s new innovative credit facility with AIG will fund the development of eight villages through a combination of debt capital and sales proceeds.

In addition, Audley has new arrangements with Bank Leumi who have agreed a £27.5m development facility for Redwood and a £3m term loan for Willicombe Park has been secured.

Nick Sanderson, CEO of Audley said: “The older population increasingly recognise the quality of life on offer in the burgeoning retirement village sector in the UK. The market is still a long way behind Australia and US, so there is massive potential for growth. Over 60s in the UK have record levels of housing equity to pay for this new way of living too. Investors are recognising the opportunity. To have raised a further £30m in just three months from our existing investors is a mark of their confidence in the future prospects. This, coupled with the new credit facility will help us unlock a new wave of development and double in size over the next five years. Already this year we have announced a new village site at Romsey in Hampshire, and the new satellite site in Leamington Spa.”

Audley sells retirement properties in magnificent settings and then provides country club style leisure facilities, including swimming pools, restaurants, beauty treatment rooms and fitness rooms and discreet on site domiciliary care on demand. Audley’s customers either choose to use the facilities on their doorstep or just enjoy their homes and independence. It is the range of services and care at each village which differentiates Audley from other retirement housebuilders.

Founded in 1991, Audley has since established itself as a pioneer in the provision of high quality retirement living. The first Audley village was built fifteen years ago in Kent and today Audley owns a portfolio of twelve across the country, and manages two more. Audley owners buy their own house or apartment on a 125 year lease with access to the Audley Club facilities and flexible care if needed, enabling them to live an independent and healthy life. Audley is an accredited provider of homecare and a founder member of The Associated Retirement Community Operators, ARCO.