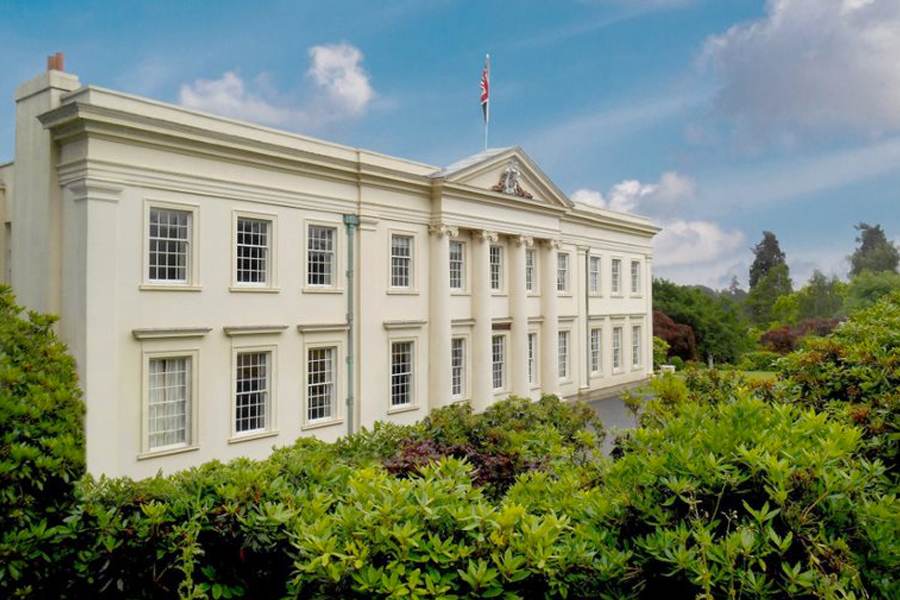 Situated between the villages of Sunningdale and Sunninghill (not far from Ascot), sits Sunningdale Park, the site for one of Audley's newest villages. Amongst 79 acres of gardens and woodland can be found the magnificent Northcote House, a Grade II listed neo-Georgian mansion. A house was designed and built in 1785 by James Wyatt, but was it the same one we see standing today? Who commissioned it? Who lived there and what happened to the house in the following years? With the help of the Cunliffe-Owen family, we have unravelled the fascinating story of the Sunningdale Park estate. 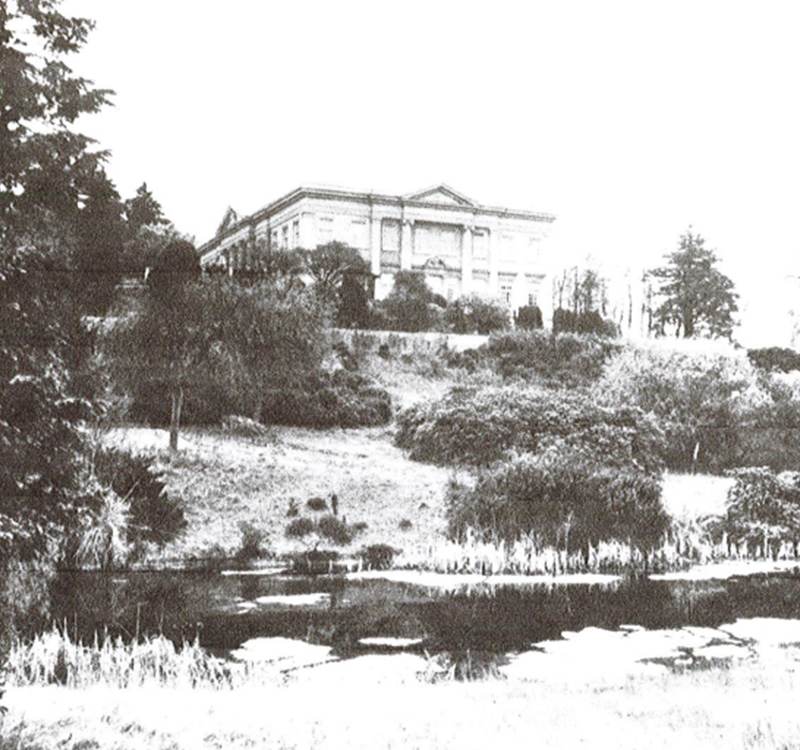 The earliest recorded sale of Sunningdale Park was in the early nineteeth century, to a Mr James Stewart. There is evidence that there was a house on the estate, designed by James Wyatt and built in 1785, however it is not the one that stands today. It was located near the current position of the stables and when the property passed to Mr Stewart's brother, the Reverend Charles Stewart, he then built a house on the site of the current mansion in 1830.

25 years later, the house was sold to Sir Charles Crossley, then on to a Mr Mackenzie in 1883, who enlarged and altered the property before he sold it to the Joicey family in 1891. The last private owner of the Sunningdale Park house and estate was Sir Hugo Cunliffe-Owen, President of the British-American Tobacco Company and Chairman of Cunliffe-Owen Aircraft Ltd, who bought it in 1930. He built the house that today stands on the site of the former mansion and it is his coat of arms that appears above the main entrance.

When Sir Hugo died in 1947, Sunningdale Park was sold to the Crown and became the Civil Defence Staff College in January 1950. The Park also became the Civil Service College headquarters in 1969. 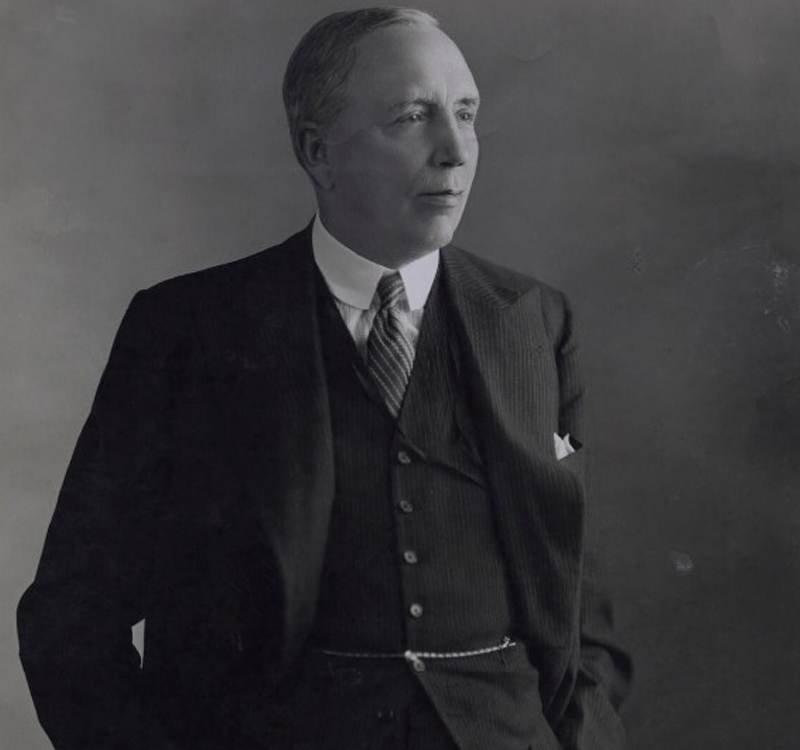 Sir Hugo was the son of a civil servant and together with his wife Helen, loved horse racing. The house's location made it the perfect venue for Ascot house parties and there is even a rumour that Sir Hugo used to lie in bed watching his horses being exercised outside, with the aid of a mirror mounted at an angle to the window. This may not be entirely true, but we can certainly vouch for the family's love of horses, with Sir Hugo's daughter once riding her new Shetland pony upstairs to show it to her mother, much to everyone's consternation...

The mansion stands in some 113 acres of parkland and is approached from the south by a tarmac drive about a mile long through plantations of rhododendrons, fir, larch, beech and oak and from the north by a shorter, similar drive passing the garage and yard.*

*From the 1947 sales particulars for Sunningdale Park.

The architect for Sir Hugo's 1930 mansion was named W E Lord, and whether by instruction or by way of his own style, there were some interesting features that made their way into the final build. For example, the main staircase had no bannisters, just a raised edge! When Barbara Castle visited the later college as Minister of Transport, she complained about what was surely a major safety hazard and a bannister was added.

The original layout of the mansion is shown in the below floor plans and much more information can be found about the layout and features of the rooms in the 1947 sales particulars. 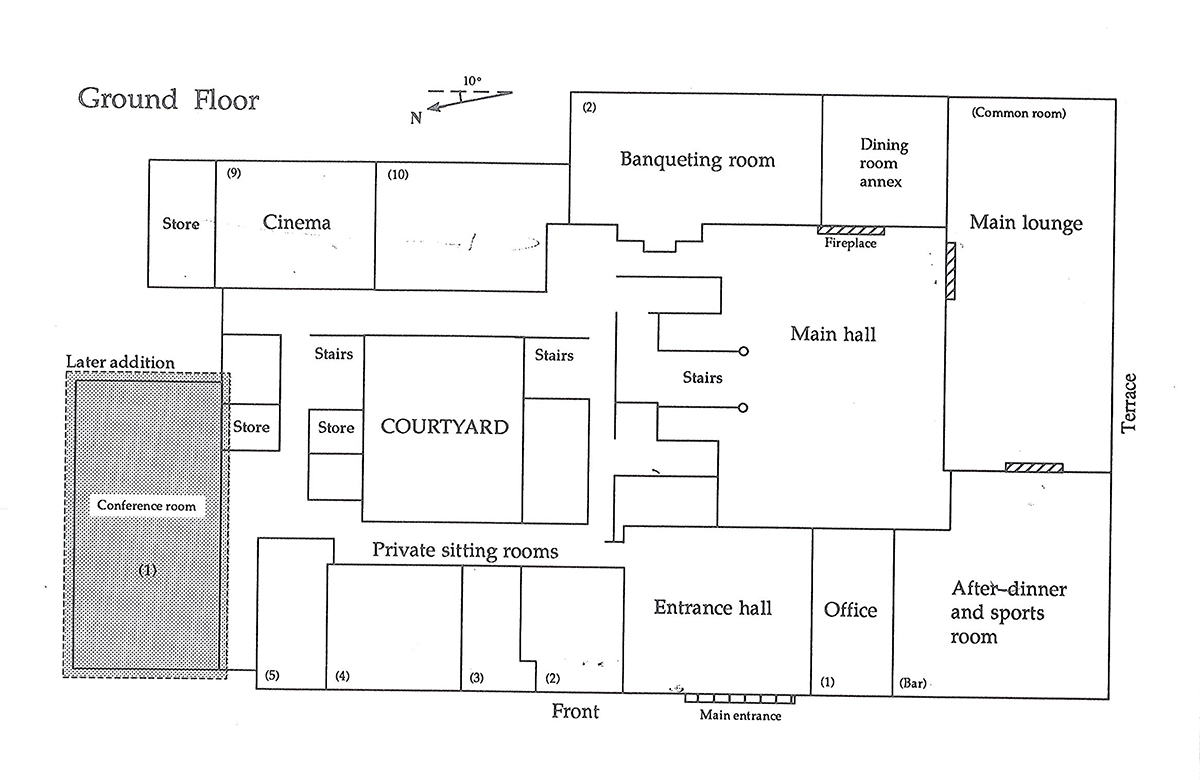 The ground floor consisted of the main hall, which was used as a ballroom on special occasions, then the banqueting room and private dining room were situated either side of the fireplace. The main lounge, later known as Northcote Common Room, was across from the stairs and an after-dinner/sports room was where the current bar now stands. There was also a cinema towards the back of the house, private offices, a library and sitting rooms on the ground floor. 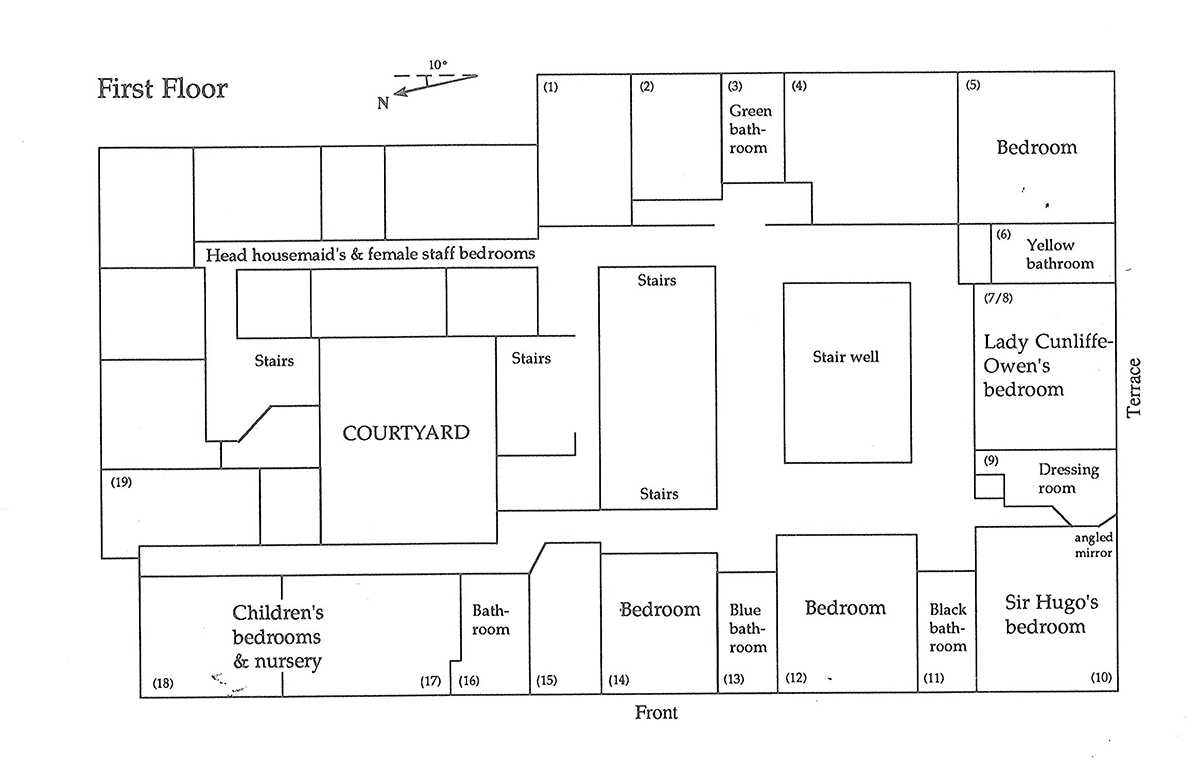 The first floor housed four main bedrooms, children's and nannies' at the front and the staff's rooms at the back. Each main bedroom had a different coloured bathroom! 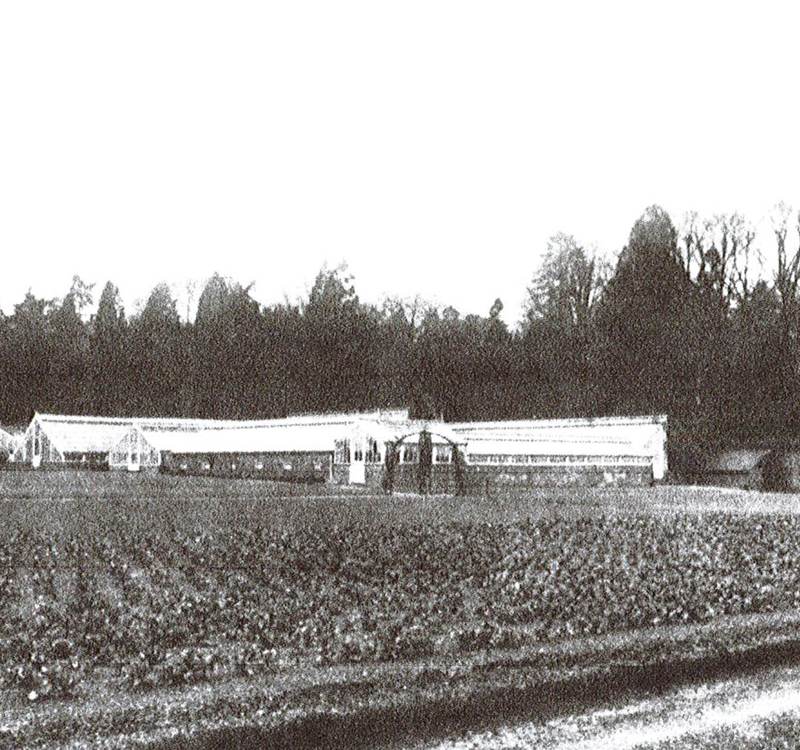 A walled kitchen garden stretched to around 2.5 acres and was very well looked after. It produced peaches, nectarines, greengages, pears, plums and other soft fruit. The garden also boasted vines, a tomato house and others, adding up to around 8000 square feet. The grounds also included 4 cottages used by groundsmen and other estate staff.

This is but a brief exploration of the history of Audley Sunningdale Park, and as development continues, we are sure to find out more about this fascinating site. We give thanks to the grandchildren of Sir Cunliffe-Owen, who helped us find the information included in this article.

As mentioned in this article, you can view the full sales particulars from 1947, when the property was sold upon Sir Cunliffe-Owen's death.

Find out more about Audley Sunningdale Park, the luxury retirement village currently in construction on the site near Ascot, Berkshire.

Spruce up your garden for summer

Read our collection of tips to inject a little colour and pizazz into your outdoor space this spring.

The history behind Audley Cooper’s Hill

Our Englefield Green retirement village has a rich history dating back to the 16th century.

The history of Stanbridge Earls

Set in the heart of Hampshire, steeped in vast history and old folklore

Only a child of the seventies will remember these

42% of Brits have overhauled their homes over the pandemic

3 reasons to love being in your 60s

The time is now yours, embrace your wisdom, health and time.

Spring has sprung on Clapham Common