The Dancer by Claire Garnett 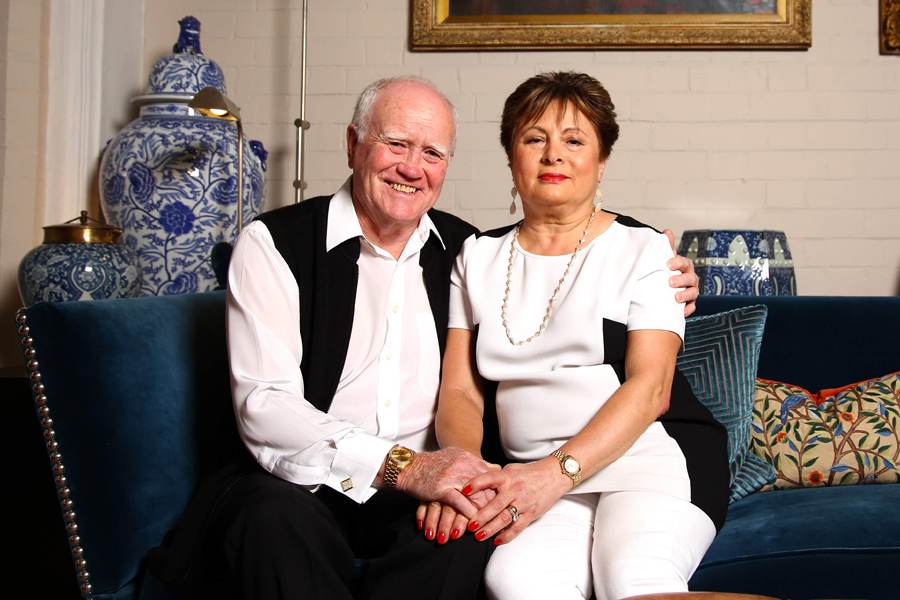 The book ‘The Dancer’ tells Claire's inspiring story, written by her husband Alan Garnett. The book details the early struggles Claire underwent in a new country, but just three years later she had an established career as an eastern dancer on stage, television, and cinema. Claire and Alan have now been living at Audley Binswood luxury retirement village for five years.

Claire Garnett was born in Kermanshah, Iran in 1945. Her family then moved to Kingston, England when she was 15 and she did not possess a single word of English.

The book The Dancer details the early struggles Claire underwent in a new country, but just three years later she had an established career as an eastern dancer on stage, television, and cinema. This involved the Crown Prince of Saudi Arabia personally sending his private jet for her so he could see her dance. She has also performed at the 21st birthday of the Belgian ambassador’s daughter, and for members of the Royal Family including Prince Charles.

With an eye for design, Claire opened her first jewellery and perfumery shop in London on her 20th birthday, and on her 30th birthday she opened her second shop, continuing to make and design jewellery for cruise ships over the years.

Mr and Mrs Garnett have now been living at Audley Binswood luxury retirement village for five years. They bought off-plan and were one of the first to move into the village. They have joined the social groups and use facilities such as the swimming pool every day. Claire also has no intention of ‘retiring’ in the traditional sense of the word, and wants to continue her jewellery business – including helping women learn how to make jewellery.

“Everyone always said I should write my story, but we wouldn’t have been able to had we not been living at Audley as maintaining a house takes up so much more time. Since moving, our lives have changed for the better. It’s difficult to find words that describe the daily pleasure of being in a luxury environment where one’s every wish seems to be accommodated. There are no more lawns to mow, no more windows to clean, no more trying to remember the day the bins go out and no more worry about security when we are away from our apartment. Many people leave their retirement very late and don’t get to enjoy it, but we now have the freedom to squeeze in as many of our hobbies as we can.”

The Dancer can be purchased from Amazon.

Moving to a luxury Audley village during the pandemic

Audley owners share their experiences of moving to a luxury Audley village during the pandemic.

We are pleased to present the Audley Virtual Choir's version of the 'Skye Boat Song'.

You've worked hard to become the person you are today, so you shouldn't have to change your lifestyle when you retire.

Mr Hacker and his wife share their experience of Machu Picchu and the Sacred Valley of the Incas.

Moving to an Audley retirement village during lockdown: Mr and Mrs Johnson share their experience

Mr & Mrs Johnson moved to Audley Binswood during the Coronavirus lockdown. Here’s what they had to say about their experience.

Cruising through the Panama Canal: An owner's experience

The Panama Canal is a monumental feat of engineering. Mr Hacker and his wife share their experiences.

Born locally Mr Huggins was no stranger to the sights of Bristol and upon receiving an invitation to visit Audley Redwood, being developed on the site of a former country club which he remembered visiting in his youth, he knew he had to go and explore. L

Hear from Audley owners why they truly belive living in an Audley village has been the best place they could be.

My favourite places to visit: The Falkland Islands, South Georgia, Antarctica and Africa

Mrs Upton, an owner at Audley Binswood, has travelled extensively for many years. She shares with us one of her most memorable trips, as well as her favourite place, Africa.

Audley Chalfont Dene homeowner, Mrs Marland, may be 90 years old but is currently cycling more than ever. Feeling inspired? Here are our top tips to get you started.

My favourite place to visit – The Chamonix Valley, Argentière

Mr Robinson and his wife quickly fell in love with The Chamonix Valley, Argentière following a family holiday, they now visit as many times as time will allow.